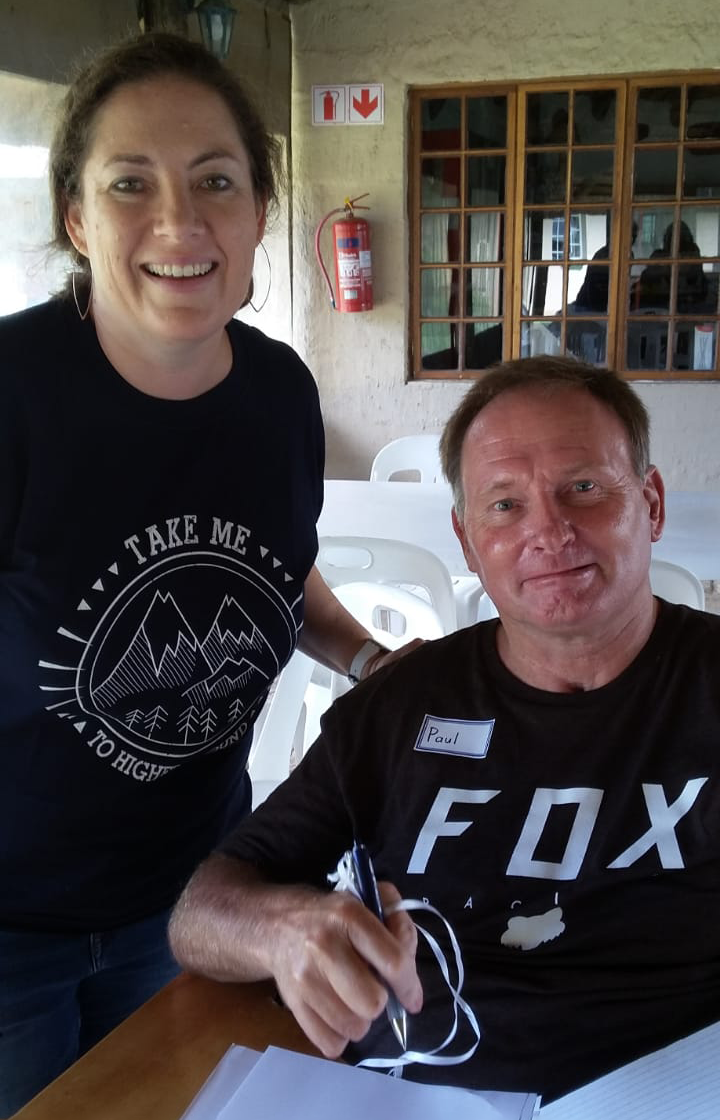 Higher Ground is a non profit organisation based in Durban, KwaZulu-Natal, South Africa.  Our aim is to provide a variety of activities which help to boost the emotional, social, spiritual and physical well being of people with disabilities.

Since 2004 Higher Ground has been running therapeutic adventure holidays for people with disabilities, specifically for people who are blind or partially sighted, people with intellectual impairments and people with acquired brains injuries.  These are exciting, life changing times and a highlight on the calendar of many people.

Since 2020 we have begun adding additional programmes and activities to what we do.  These all aim to bring about significant and positive changes in the lives of those we serve.

If you contact Higher Ground by email, phone or via our Facebook page you’ll be chatting to Emma.  She started Higher Ground in 2004 with Jackie Stallings and she continues to head up the Higher Ground team.  Emma’s husband (Kerneels) and mother (Elaine) are an integral part of the team too and can be found at Higher Ground events serving in a multitude of ways.

Our volunteer team is a vital part of the work Higher Ground does. In fact, without them none of our programmes could happen. They work tirelessly to ensure everyone has fun, feels loved and is safe and cared for in any ways that might be needed. 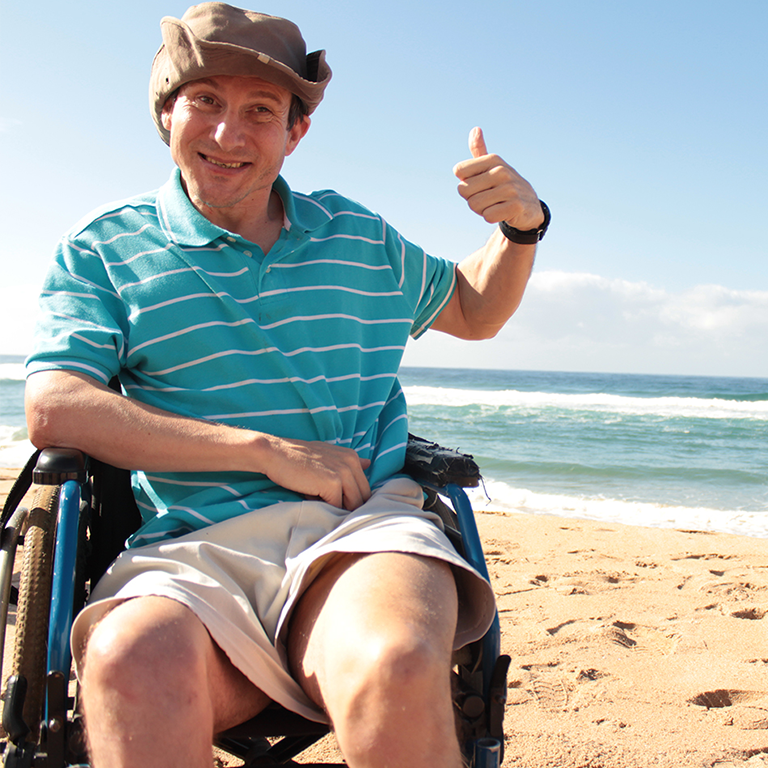 In May 2001 Emma Roos (then White) and Jackie Stallings (then Hosey) met at a summer camp in Pennsylvania on the east coast of the United States. Whilst Jackie had grown up in Wyoming in the US and had many experiences of summer camp, this was a new experience for Emma. This time, for both, was life changing in the best ways. The two forged a life long friendship and an absolute passion for summer camps catering to people with disabilities. Both returned for the next two summers, after which Emma returned to South Africa and Jackie remained in the US. Not long after returning to South Africa, a phone call between the two began the journey that became Higher Ground. In 2004 Jackie moved to South Africa for a year and a half and the two set to work creating the first summer camp in South Africa for people with disabilities.

Often questioned ‘the concept works in the US, but will it work in South Africa’, they quickly began to see that not only does it work but the impact is perhaps even greater in South Africa where disability accessibility is less advanced than in the US. From a few brave participants at the first Higher Ground camp ever (held in November 2004 for adults with acquired brain injuries) Higher Ground has gone on to serve many men, women and children with disabilities through therapeutic adventure holidays. The passion that started the project 18 years ago has not waned, and Higher Ground remains committed to providing life changing holidays to people from all over South Africa who have disabilities.

In 2020 the world began evaluating and reimagining the way things are done. Higher Ground did too, and a forced break from our purpose and passion birthed some new and exciting projects. 2020 and 2021 saw some online quizzes for people who are blind taking place as well as weekly online meetups for people who are blind. Friendships were formed, networking took place, interesting speakers gave new things to think about. Although we desperately missed running holidays, these alternative activities were valuable and necessary during a time where people (especially those with disabilities) were disconnected from each other. 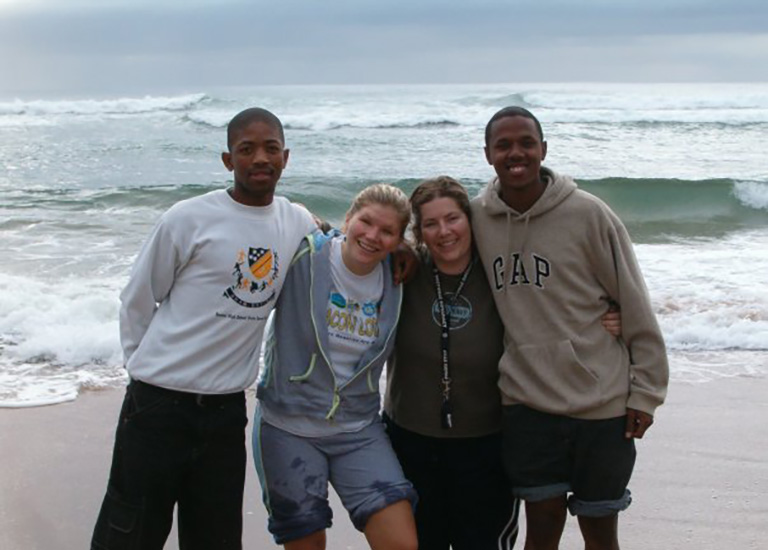 Towards the end of 2021 holidays were able to start again. These have been booked up and extremely popular.

2022 has also seen work begun on plans to start a training centre for people who are blind, respite weekends for parents and caregivers and other programmes too.

"Higher Ground has taught me that my disability isn’t the end of me. That I can live a normal life. My friends I met at Higher Ground are lifetime friends that share similar disabilities and therefore we can relate to life's issues. It enabled me to walk with confidence and know that I can still go on living."
"My sighted family and friends do not believe me when I describe the incredible few days we had. People cannot believe that there are individuals out there who will go to such lengths and who devote their lives to bring pleasure and put smiles on faces of people who are slightly different from them."
"Well, it has been my first time this year. Next year I'll be able to go again I hope. What I loved about the camp is that we were not treated like we cannot do something. We were shown the path to and from the houses and after that we could walk without a mother hen clucking away behind us. Higher Ground are a camp that lets us be our true selves. That's why I'll return again and again. Thanks Higher Ground for your friendship and tons of fun."
"This was Ross's third camp with Higher Ground and he'd been looking forward to it since we first told him about it. As before, the Higher Ground Team met him warmly when we arrived and I drove away knowing that he and his friends were going to have the best of times over the next few days."
What a great time our son and his friends had at at a Higher Ground camp!  When I fetched Ross, Tim, Amy and Jolene they had so much to tell me, I had to ask them to speak one at a time. And the telling lasted for most of the journey home.

Thank you, Higher Ground. You go the extra mile for a group of people who have so few opportunities in life.
Previous
Next 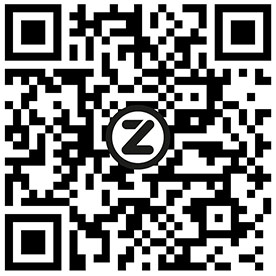